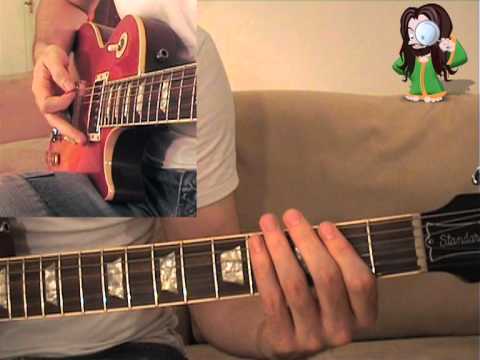 You can learn how to play Monkey Wrench by Foo Fighters!

Monkey Wrench is a single from the second Foo Fighters album The Color And The Shape.

The tight rhythmical guitar riffs lock in very well indeed with the drumming and drives the tune forward.

What have we done with innocence?
It disappeared with time, it never made much sense
Adolescent resident
Wasting another night on planning my revenge

Being a member of not one but two generation defining bands, Dave Grohl must be considered our time’s greatest rock star.

Dave started writing what was to become Foo Fighters first album already as he was touring with Nirvana.