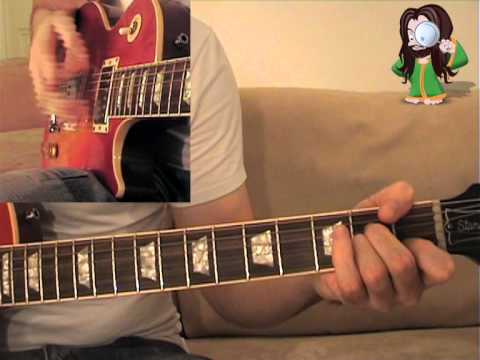 You can learn how to play The Pretender by Foo Fighters!

The Pretender was the first single and the opening track off Foo Fighter’s Echoes, Silence, Patience & Grace.

It was a huge success and is considered by many as Dave Grohl’s greatest performance yet.

The video guitar lesson demonstrates the different guitar parts used in the tune.

Go to The Pretender – Lyrics.

Being a member of not one but two generation defining bands, Dave Grohl must be considered our time’s greatest rock star.

Dave started writing what was to become Foo Fighters first album already as he was touring with Nirvana.