Why I sold the Axe-Fx

Why I sold the Axe-Fx

Why I sold and moved away from the Axe-Fx!

During that journey, I bought a lot of equipment. I also sold pretty much all of it.

When I stopped playing bass and went back to electric guitar I had to buy an amp and pedals again as I had sold it all to buy my bass rig a few years earlier.

Btw, playing bass was amazing, I had very few problems with sound, I just got a great amp (an EBS Fafner and a 6 x 10” cab), no pedals. It really was a great experience to not have the problem of pedals, all I had was a tuner!

I guess this is what led me to the Axe-Fx, I wanted simplicity. I had not so fond memories of opening my pedal board at gigs with everything all over the place. Cables breaking, the pedal setting changing, it was a nightmare. I was also consistently told that I was too loud…

So I bought the most complicated thing I could find in order to get a simple rig. Yes, I know this sounds like a contradiction but it did make sense to me at the time.

One cable controlling the MFC-101 board, program a bunch of amp setups, choose one depending on the gig and off we go!

In reality, it wasn’t as simple as that. I tried FRFR, didn’t like it. I tried using it with a guitar cab and some nights it sounded OK, other nights (depending on the room) it was far from OK. Sometimes it was just awful.

I’d like to think that I could have gotten the Axe-Fx to always sound great if I only had the time to set it up properly, i.e tweak the amp and pedals on every gig.

Also, to change the amp from one song to another is just weird. Not very organic and the mix of the overall band is heavily affected.

I know, I could just stick with one amp programmed but you know what, it’s just too tempting to change when you can.

So I wasn’t very happy with my Axe-Fx rig and eventually I got really bored with it all.

Why I really sold the Axe-Fx 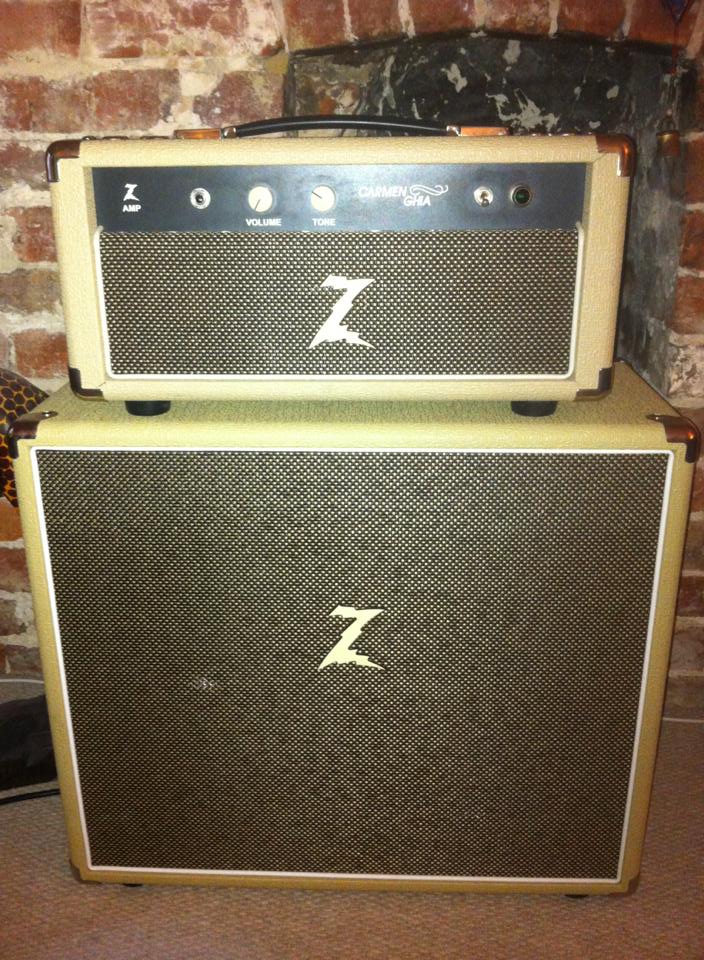 Then one day I realised what the core problem is. And this goes for all digital products, that’s right, all of them!

Be it a computer, a smartphone, a guitar amp, whatever, if it’s digital it’s not a good investment.

Let’s compare this with buying a Mac tower. If you went and bought a Mac Pro tower today it would cost you at least £2.5k. That’s without a screen btw.

Use that for say 5 years and it would be out of date, the programs won’t work anymore. New software updates will eventually make the computer unusable. Check eBay now for yourself. There are hundreds of used Mac Pro towers for around £500. And they will only loose more value with time.

Same thing goes for the Axe-Fx. When the Axe-Fx II was released, guess what happened? All the old models dropped in price. And they will continue to drop in price as time goes on.

This is what happens to digital equipment, as new models are released, the old ones lose their value.

So in the end, I panicked, the longer I held on to the Axe-Fx, the more money I would lose.

That’s why I sold the Axe-Fx and bought a hand-built valve amp instead by Dr Z called Carmen Ghia.

I’ve watched them for over 8 years and they are still worth just as much (or more).

Yes, Dr Z will release more models but this doesn’t mean that the old ones lose value, on the contrary, they become collectable items!

So that’s why I sold my Axe-Fx, all digital gadgets automatically out date themselves!