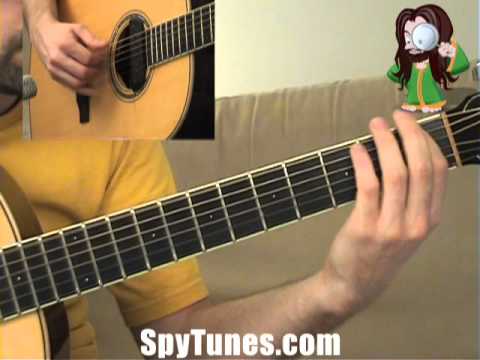 Why Don’t You Do Right – Chords & Guitar Lessons

You can learn how to play Why Don’t You Do Right!

Why Don’t You Do Right is a minor jazz/blues standard that was first released under the name Weed Smokers Dream, in 1936.

In 1942, Peggy Lee sang it under its new name and made it a worldwide hit. Since then, many other famous singers performed the song regularly.

In 1988, it again became one of the biggest songs around when Jessica Rabbit sang it in the animated blockbuster Who Framed Roger Rabbit?

My version is a one acoustic guitar arrangement based on the original Peggy Lee version.

In the key of Cm this is:

The turnaround that follows moves to chord II (Fm) before it goes back to IV and IIIx.

Now the Ab is either Ab or Ab7, rather than Abmaj7.

Take the course to get the full story on the chord progression. The lessons includes full TAB of how Why Don’t You Do Right is played in the video above.

The solo is simply the melody, although modulated to Fm (that’s a 4th up from Cm).

When you play any jazz standard, you simply must learn the melody and all the chords in order to play around with it. This is the very foundation of jazz.

By seeing what notes the melody uses over the chords, you automatically find which are the most important intervals and therefore when and which modes will work.

In the course, we initially look at the chord progression, how it’s played in the video and what it means. Following this, we learn the vocal melody and look at what modes and arpeggios we can use.

Finally, we improvise over the progression, using everything we learned, from the song itself.

If you do this to every song you learn, you will understand the music you play and how it applies to the guitar.

Why Don’t You Do Right – Guitar Lessons

Why Don’t You Do Right by Peggy Lee will soon be available as eight step by step guitar lessons.

Until then, there’s complete TAB for what I play in the video available.

Go to Why Don’t You Do Right – Coming Soon.

Why Don’t You Do Right – Lyrics

You had plenty money, 1922,
you let other women make a fool of you.
Why don’t you do right, like some other men do?
Get out of here and get me some money too.

Go to Why Don’t You Do Right – Lyrics.

Her most famous performances include Black Coffee, Big Spender, Why Don’t You Do Right and Fever.