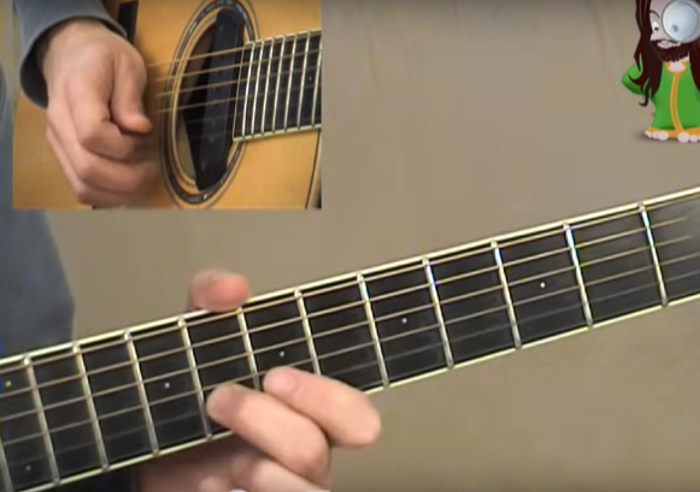 You can learn how to play Mad World by Tears For Fears/Gary Jules!

Mad World is a song written and first made famous by Tears For Fears in 1982. Two decades later, Gary Jules had a Christmas #1 with it as a cover.

My version is a one guitar arrangement based on Gary Jules’ piano ballad.

The songs key center is not in the traditional natural minor (Aeolian, chord VI). Instead, Mad World’s key center is Dorian (chord II), just like I Wish and Scarborough Fair.

This is the second song in the intermediate acoustic course and already we use Mad World to examine what a mode really is.

There are relatively simple chords for Mad World, the verse is just this.

The intro/chorus/bridge/outro is even simpler.

All chords are from the key of D major, however, D is not the home chord, Em is (chord II).

You can learn how to play Mad World by Tears For Fears/Gary Jules!

All around me are familiar faces,
worn out places, worn out faces.
Bright and early for their daily races,
going nowhere, going nowhere.

Gary Jules is an American singer-songwriter, best known for his cover of Mad World by Tears For Fears. It became the UK Christmas number one single in ’03.

Following the worldwide success, Gary Jules kept selling his own CDs on CD Baby as well as the song being released through a label.

Tears for Fears are an English pop band that has sold more than twenty-two million albums.

With hits like Mad World, Seeds Of Love and Everybody Wants To Rule The World, Tears For Fears were one of the biggest bands around in the 80s.

Go to Tears For Fears – Biography.