Let’s learn that verse. As I speak about in the video, the home chord (Cm) could be one of several Roman Numerals.

Looking at Cm as chord VI, all other chords become as below:

Change the perspective and look at Cm as chord II, all other chords become as below:

Finally, as chord I, all other chords become as below:

What’s important here is that each roman numeral has a sound of itself, regardless of what key. For example, a V chord has a certain sound.

What’s so interesting with the verse progression of Master Blaster is that we can’t exactly define what the Roman Numerals are.

None of the above is 100% correct, all of them are correct at some point, but never all the time.

The answer to this when it comes to soloing is to just use the blanket scale of the C Minor Pentatonic. Or, as you’ll find out later, the Conspirian scale.

Let’s get on with it and play the different examples using TAB loops from the playlist above.

When you can play along with them, use this band only loop and play all examples again. 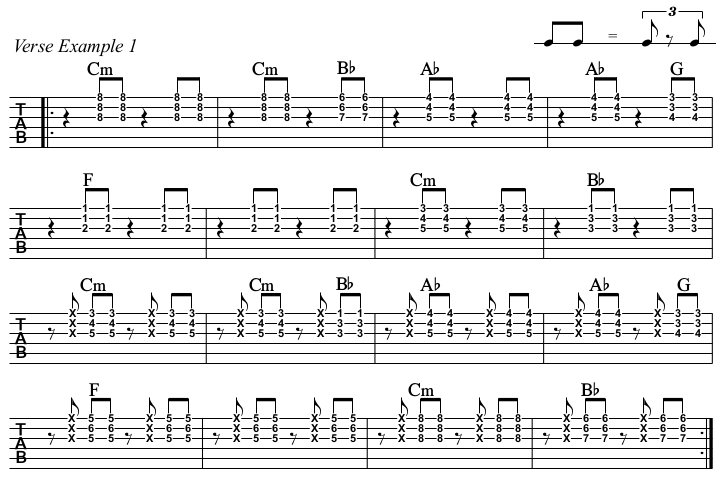 In this example we just play Em and E shapes for the first part of the progression, constantly moving down the neck.

Towards the end, we stay down the neck and play Am and A shapes.

For the second half of the example, we use different shapes, as well as adding a mute before each chord strum. 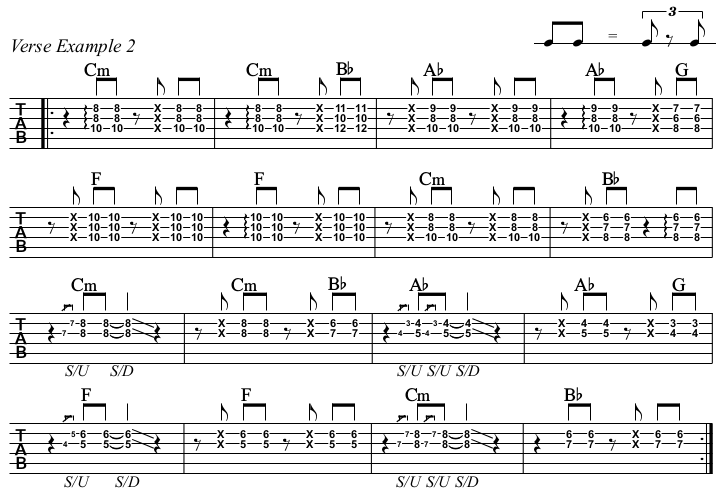 In this example, a rake is introduced. We’re back playing mainly Em and E shapes. Although some C and A shapes are used to create a more unpredictable movement in the progression.

In the second half, we slide into the chords, also worth noting is that only two strings are used. 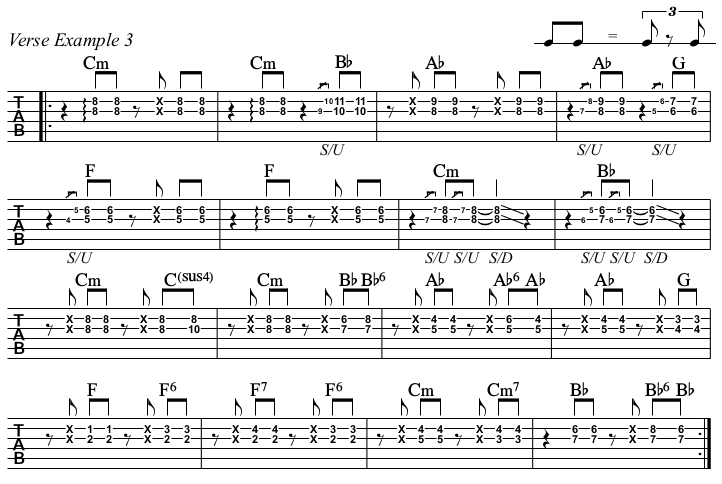 In this last example we start to combine all the techniques you practiced so far. Rakes, slides, and mutes are played using only two strings per chord.

You may have to do some extra work on making sure all other strings are muted with the fretting hand.

The second half of this example use extensions for almost all chords.

When you can play all examples as written, remove the TAB from your view and play whatever comes naturally.

Next time, we look at how to play the chorus.