7 years ago the seed to Spytunes and The Guitar Conspiracy was sown.

I had just arrived in the U.K, signed up to a music college and decided that this time I was gonna “ock myself in the shed” as they say and stay there until I got it.

I was struggling understanding music as a whole, I practiced day and night in hope that one day the penny would drop.

Back in 2003 when I arrived there was no Youtube. Google’s idea “to organize the world’s information and make it universally accessible and useful” had only begun a year earlier and music tuition online was pretty chaotic, to say the least!

Living in a student house with no internet connection I used to take breaks from practicing by going to the college library, searching the internet for how modes really worked and other classic concepts most budding musicians wrestle with.

After going through hundreds upon hundreds of guitar books that didn’t make much sense, I finally caved in and started searching for how other instruments were taught. 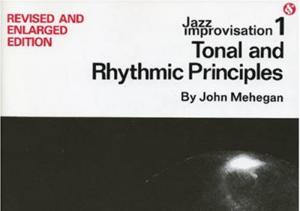 I started out by getting a couple of Drum DVD’s which were good but not life-changing. It did make for a nice break though so I thought, what about piano, or more precisely, jazz piano, those guys seem to really know what they’re doing!

I took the train to London and ended up in Denmark Street (legendary music shop street) and flicked through the books available.

One of the books that caught my eye was written by an American Jazz pianist named John Mehegan, I later found out how the book had been published in 17 languages and was somewhat legendary. At the time, however, I was just looking for content, big names were something I had lost trust in.

This book Mehegan had written and its principles of translating numbers back to chord names had an immense effect on my understanding of music. I realized then that using this type of language was the key to understanding musical harmony and my way out of memorizing chord progressions.

As I got the book with me back home and started to work through it was clear I was onto a winner.

For the experienced student who has gotten their teeth into the Guitar Conspiracy and now want to wander in the direction of Jazz I can’t recommend this read enough.

This is not material for a beginner, the language is very academic and the studies very advanced for any guitarist.

I know for a fact that there are several Spy Tunes students who are ready for this type of material. If you believe you are one of them, do get this book for yourself.

Here’s the link to it: Tonal and Rhythmic Principles: 1 (Jazz improvisation)