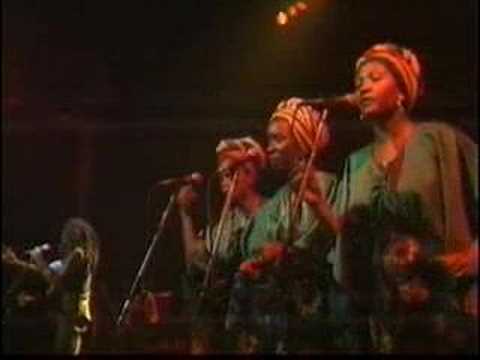 I Shot The Sheriff – Lyrics

I Shot The Sheriff – Bob Marley!

All around in my hometown,
they’re trying to track me down.
They say they want to bring me in guilty,
for the killing of a deputy,
for the life of a deputy.
But I say.

Sheriff John Brown always hated me,
for what, I don’t know.
Every time I plant a seed,
he said kill it before it grow.
He said kill them before they grow,
and so, read it in the news.

Freedom came my way one day,
and I started out of town, yeah.
All of a sudden I saw sheriff John Brown,
aiming to shoot me down.
So I shot – I shot – I shot him down and I say,
if I am guilty I will pay.

This one guitar arrangement of I Shot The Sheriff aim to combine the original bass line and chords in a way that reminds us of a band jamming.

In later lessons, we play the vocal melody and improvise up parts.

Go to I Shot The Sheriff – Chords & Guitar Lessons.

Marley is the most widely known performer of reggae music and regarded by many as a prophet of the Rastafarian religion. Few artists have had such widespread recognition as Bob Marley.

As well as a member of bands like Derek & The Dominos, The Yardbirds and Cream, Clapton has successfully played sessions for more stars than any other guitar player.

His long career earned him three inductions into the Rock and Roll Hall Of Fame.

A Change Is Gonna Come – Lyrics