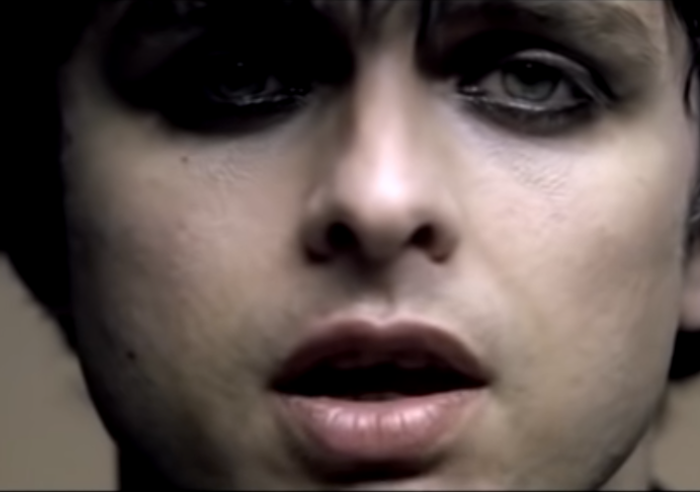 Green Day got to the top and stayed there!

Green Day’s third album, Dookie, was released in ’94 and took the band to superstardom.

With fifteen million copies sold, they were not only everybody’s favorite punk trio but had also started a new American punk trend. Bands like Rancid and Offspring became part of this new musical movement.

After a few more albums and years of touring, Green Day released American Idiot in ’04. This album firmly put Green Day on the map of super famous bands.

In May 2009, they released 21st Century Breakdown, continuing their political punk crusade. September 2009 saw the unlikely appearance of, American Idiot – The Musical!

Billy later said he’d love to see American Idiot as a feature film, stating that: “I thought American Idiot had a lot in common with something like, Rocky Horror Picture Show”.

Time of Your Life

Initially, Billie Joe Armstrong wrote the song for the breakthrough album Dookie, but it was held back three years for the follow-up album Nimrod. As a single from Nimrod, Time Of Your Life did very well and was the only crossover single with worldwide success from the album.

Some might even say Time Of Your Life kept Green Day in the limelight between Dookie and American Idiot.

According to bassist Mike Dirnt, Time Of Your Life was, in comparison to the rest of the material on Nimrod, “The most punk we could go”. This has to be credited as sensible punk philosophy.

Billie Joe Armstrong has always had a good pop sensibility that Green Day has managed to pair with their straightforward punk style. Not afraid of commercial hit writing, Green Day’s strength has always been their power-punk super hits.

This modern punk classic uses only major chords, which makes the song a bit tricky to harmonically explain.

As with most punk songs, the theory is way more complicated than the execution!

Don’t wanna be an American idiot
Don’t want a nation under the new media
And can you hear the sound of hysteria?
The subliminal mind fuck America!

In Green Day’s Basket Case, we only hear power chords on the recording. A power chord, also called a 5 chord, is a chord without a third.

This means we do not know which of the chords are major or minor. However, as you know, every chord has a number and every number has a sound.

Do you have the time to listen to me whine
About nothing and everything all at once?
I am one of those, melodramatic fools
Neurotic to the bone, no doubt about it

This will not be the easiest of songs to learn, in the guitar course we play quite a few songs and exercises before we get our teeth into this one.

Go to Time Of Your Life – Chords & Guitar Lessons.

Time Of Your Life – Lyrics

Another turning point, a fork stuck in the road.
Time grabs you by the wrist, directs you where to go.
So make the best of this test, and don’t ask why.
It’s not a question, but a lesson learned in time.

Go to Time Of Your Life – Lyrics.