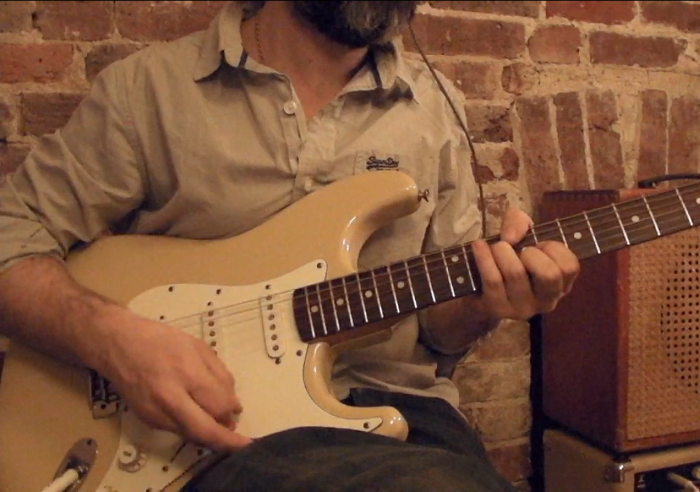 Can I Get A Witness – Chords & Guitar Lessons

You can learn how to play Can I Get A Witness by Marvin Gaye!

The best thing about learning Can I Get A Witness is that you’ll find all your Eb, Ab, Db, Gb, and Bb chords all over the neck, as CAGED shapes.

To achieve this we must, step by step, work on all our barre chord shapes in each area of the neck.

Instead of doing this like a boring exercise to a metronome, in the course, you learn these chords by learning how to play the chord progression of Can I Get A Witness, in one area at the time.

All exercises are practiced with live band loops, this provides context, a must in order to create authentic guitar parts.

To avoid writing a million chords, below, I’ve just called this Eb riff and so on.

Occasionally, we add an extra Bb and play a Major Pentatonic lick at the end of this progression.

Can I Get A Witness – Guitar Lessons

You can learn how to play Can I Get A Witness by Marvin Gaye!

Can I Get A Witness – Lyrics

Go to Can I Get A Witness – Lyrics.

Lamont Dozier and brother Eddie and Brian Holland was Motown’s main songwriting team in Motown’s hit factory during the 60s.

Marvin Gaye helped to shape the Motown sound as a drummer, session singer, writer, lead singer and producer in the 60’s and 70’s.

Marvin’s hits include I Heard It Through The Grapevine, Ain’t No Mountain High Enough, Can I Get A Witness, and politically fueled What’s Going On.