The Ronettes were a 60s American girl group from Harlem, New York City.

First signed by Coolpix Records in 1961 as The Darling Sisters, they moved to Phil Spector’s Phillies Records in 1963 and became The Ronettes.

What followed was a monster hit in Be My Baby, which was released the same year they signed for Phil Spector’s label.

The song was so successful that they managed to tour the world without having any other big hits. A notable highlight as an opening act for The Beatles on their world tours American leg in 1966.

Unfortunately, having The Ronettes hang with the Fab four enraged Phil so much, he took Ronnie off the tour and replaced her with cousin Elaine.

Their career ended in 1967 and lead singer, Ronnie Bennet ended up marrying Phil Spector, who kept her locked up in his 23 room mansion. They divorced in 1972.

During the late 70s, the group reunited and completed several successful tours only to disband for Ronnie Spector to pursue a solo career.

In 1988, The Ronettes filed a lawsuit against Phil Spector for unpaid royalties and eventually won, 12 years later, ordering Phil to pay them $2.6 million.

After an appeal, they eventually walked away with $1.5 million in 2002.

Be My Baby was inducted into the Grammy Hall Of Fame in 1999.

It was reported that Phil Spector, in his capacity as a member of the Board of Governors, resisted the Ronettes being nominated for induction into the Rock and Roll Hall of Fame, although they had been eligible for a considerable time.

All on the back off of one song in Be My Baby. 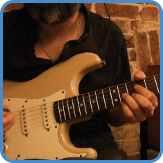 In this lesson, we start working on Be My Baby, an early Motown smash hit produced by Phil Spector and performed by The Ronettes.

Before we get into building the guitar part, let’s have a listen to the complete song. 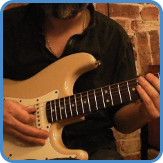 In this lesson, we learn how to play big barre chord shapes as we play the verse for Be My Baby.

As the song is in the key of E, we can take advantage of open strings. This will help when trying to create a wall of sound. 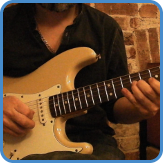 In this lesson, we work out what to play the bridge, it too uses big barre chord shapes, just like the verse.

Be My Baby really is a great example of classic songwriting. The chord progressions, the structure, it’s like the ABC of how to write a song. 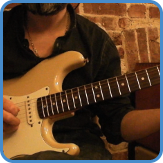 Let’s learn it all over the neck so we can improvise up our favorite part. 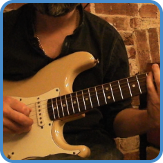 Today we play all three sections you’ve learned so far in the verse, the bridge, and the chorus.

Your goal is to improvise up as many different parts as you can. 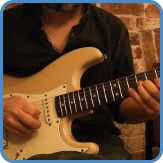 The step from playing chords with a couple of licks here and there to soloing isn’t as far as you may think.

If you swap the chord playing for playing a melody, but keep the licks, you’re soloing! 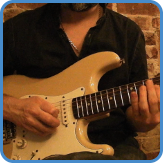 In this lesson, I’ll play the complete song with the band.

Playing along with me is a good way to prepare for playing the song on your own in the final step. 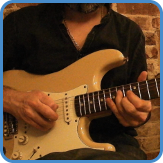 Today we finish off our study of Be My Baby as it’s your turn to play the song with the band.

Remember, explore that fret board – The longer you can keep improvising for, the better. 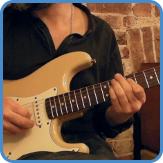 Go to Be My Baby chords and guitar lessons. 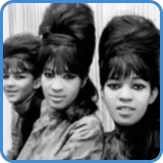 The night we met I knew I, needed you so
And if I had the chance I’d, never let you go
So won’t you say you love me
I’ll make you so proud of me

Go to Be My Baby lyrics.