The vice president of Motown

Smokey Robinson is a singer, songwriter, producer who started working with Berry Gordy before Motown was even founded.

Smokey’s band, The Miracles, was actually one of the first signings to the label.

During the 60s, Smokey Robinson and his Miracles released smash hits such as Shop Around, You’ve Really Got a Hold on Me, and The Tears of a Clown.

Smokey also worked as a songwriter and producer for Motown. In this role, he is responsible for My Guy, My Girl and Get Ready. He also wrote songs for Marvin Gaye and witnessed the development of little Stevie Wonder.

As if that wasn’t enough, Robinson also filled the position as the Vice president of Motown from 1965.

This was seemingly too much on Smokey’s plate as in 1972, he announced that his singing career was over and that he was to be only Vice President and a devoted father from now on.

A year later Smokey announced his comeback with a new album but by now, his former students, Marvin Gaye, and Stevie Wonder had become so successful that anything Smokey released paled in comparison.

The sweet, somewhat innocent sound of the 60s that Smokey was king of was gone, popular music had become more political.

What started out as “black music for white radio” had grown up and was now rebelling.

The new kings in town were Smokey’s students, Marvin and Stevie. 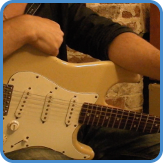 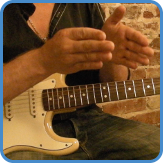 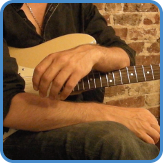 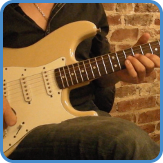 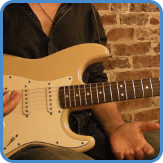 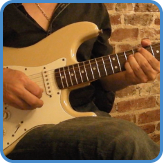 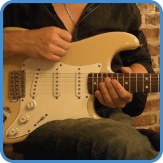 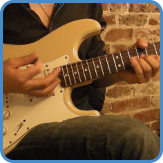 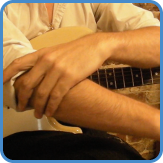 A standard on the Motown/Soul set list, this sugar-sweet pop hit is a must to learn for the aspiring soul guitarist.

With one foot in jazz rather than blues, we get more maj7 and 6 chords than dom7 chords. 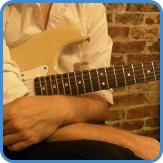 The more you change between the rhythms and positions, the better.

Right now, this is not about performing the song, this is practicing getting good at moving around the neck. First, we develop, then we refine. 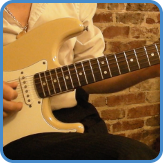 Today we dive into the bridge. As always, start by playing exactly like the TAB says.

Should you do this in less than half an hour, spend the remaining time improvising what shapes you play. 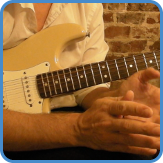 If you can move around the neck, rhythmically, and dynamically communicate with the band you’re playing with, then you’re making music.

Perhaps you spend today practicing the licks. If you do, remember, the guy who played it just came up with it, he didn’t practice it. 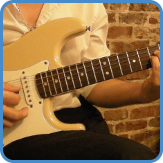 There was a lot of TAB in the last few lessons, today there’s even more!

Luckily it is the same concepts repeated, and they all build on what you’ve done before so it shouldn’t be too difficult to get through it all. 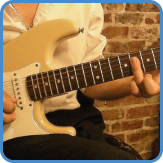 For the first three examples, we just play chords using the same rhythm as the bridge had. We also mainly stay in each area.

In these last three examples, we play licks instead of chords. Notice how the licks follow the chords. 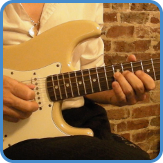 Today you’ll find out how well all that preparation paid off as it’s time to play the full song.

Use the TAB to play along with me before you tackle the song on your own. 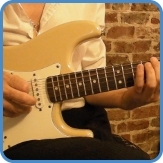 You could still use the TAB when you play on your own with the band, but it would be better if you didn’t.

Instead, aim to explore the fret board as you play the song. This is what will create your most organic and best sounding “part”. 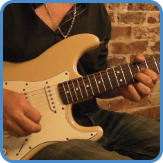 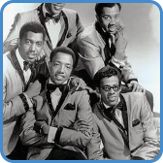 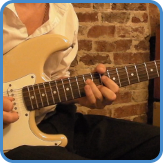 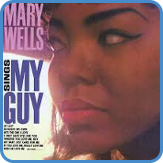 Go to My Guy lyrics.