Paolo is great on album but really shines live

Paolo Nutini is a singer-songwriter from Paisley, Scotland.

His father’s side of the family hail from Italy but spent most of his time in Scotland where he met Paolo’s mum in Glasgow.

Born in 1987, Paolo Nutini’s career started when an artist was late to perform in his school, Paolo was asked by the music teacher to go up and sing a song.

The reaction from the crowd and Paolo’s naturally stunning voice caught the attention of his soon to be manager who happened to be in the crowd!

A few years later, Paolo had signed with Atlantic and began work on his first album These Streets, which was released in 2006. Notable singles from this album were Last Request, Jenny Don’t Be Hasty, New Shoes and Rewind.

All of the singles did well and earned Paolo a steady following in the U.K. His 2009 follow up Sunny Side Up took Paolo from selling out two thousand capacity venues to five thousand in the U.K.

I was lucky enough to be on three legs of his 2009 tour. I saw Paolo, first hand, making the switch from small to medium-sized concert halls and always maintaining a sellout show.

With a fantastic team around him, Paolo has ensured a place among the most important U.K acts of the moment and he is very likely to maintain this position for many years to come.

Even though it has mainly been stated that Paolo is influenced by The Beatles, David Bowie, Oasis, U2, Pink Floyd and Fleetwood Mac, I could in his on the road vinyl collection mainly spot old school Soul artists like Sam Cooke.

He didn’t have the same success with the sales but this is still one of his most popular songs. The lyrics deal with the classic theme of relationship troubles using the phrase Rewind to emphasize regret.

It is obvious how Paolo’s main influences come from American soul music and it is mainly focused on the great soul singers like Sam Cooke. However, there is also a very strong folk influence which gives him a unique tone.

Since the release of These Streets, Paolo has toured steadily and gathered bigger and bigger crowds to share his music with.

His follow up album Sunny Side Up is a triumph, his debut legendary. Paolo Nutini has both simple yet strong songwriting skills and a massive voice.

I loved every minute of watching this guy perform, a legend in the making! 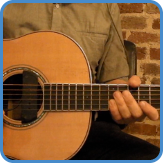 In this step, we focus on the chords and the progression. Just like in One More Cup Of Coffee, chord III has become IIIx. 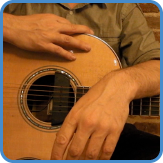 To play this song using the same strumming patterns as I, practice along to the individual TAB loops.

If you practice all these, playing the entire song will become easy. 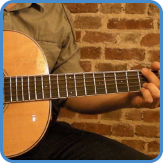 In this step, we play the complete song from beginning to end.

To help you along there’s a chart and a video of the complete song to play along with. 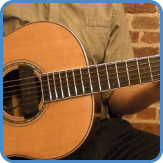 In this step, we remove the capo and find a 2nd guitar part using Dsus2 and Gadd9 for the verse.

When you play this along to the video with me and the singer(s), we’ll sound like a band. 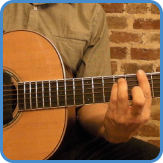 In this final step, we play yet another 2nd guitar part. This time using a capo on fret 5.

After trying each section to the loops, play along with me and the singer(s) again. 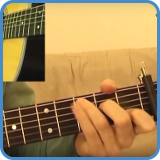 A new emerging artist we find among the classics. Paolo Nutini has been included among the legends as a great new artist who writes songs that sound like classics.

Rewind is a single off his first album which laid the foundation for his career. 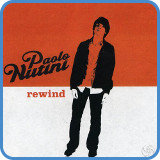