Don McLean wrote the song about the day the music died

Don McLean is an American singer-songwriter most famous for his 1971 songs American Pie and Vincent.

McLean’s career as a recording artist started only two years prior to American Pie. With the album, Tapestry, Don McLean entered the folk scene where he made friends with Pete Seeger and joined the circuit.

When McLean’s indie label Media Arts got sold to United Artists, he got an unexpected chance to make his second album for a major label.

American Pie tells the story of the day the music died!

American Pie is a single by Don McLean from the album with the same name about “the day the music died”, a reference to Buddy Holly’s death.

A lyrical masterpiece, American Pie tells the story of how Don McLean, as a paperboy, finds out that three of his musical heroes have died.

The deaths of Buddy Holly, Richie Valens, and The Big Bopper from a plane crash on February 3rd ’59 may have been described in many ways, but no one ever forgets to mention Don McLean’s classic American Pie, in which the story is told so beautifully through a song.

When asked what the song meant to him, he answered grinning “It means I never have to work again”. 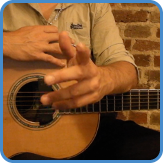 It’s time to discover how one of the world’s most legendary songs was put together.

Let’s put Don McLean’s American Pie under the microscope, we start with the chorus. 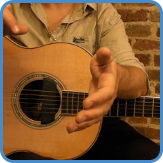 In this step, we work on the (very) long chord progression that is American Pie’s verse.

Instead of memorizing it, aim to hear the movement of the chords by imagining the melody. 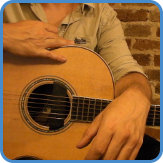 In this step, we look at the intro and the seemingly identical outro.

This is played in free time, meaning you slow down and speed up for extra emotional effect. 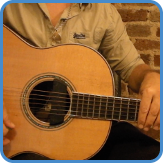 Let’s play the entire song, all 8:46 of it along with me and a singer.

See this as me holding your hand as we play it. In the next step we start working on a 2nd guitar part, that way we can start a band. 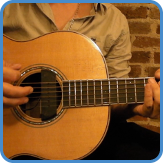 Let’s apply a capo and play as if in the key of C.

We start with the chorus as this is the easiest part of the song to play. 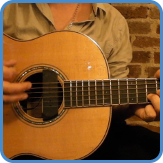 In this step, we work out how to play the verse using a capo, thinking in the key of C.

Aim to sync this with the first guitar which is supplied as a loop for your practicing pleasure. 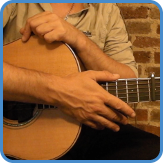 This is the most difficult step, your mission, should you choose to accept it, is to sync this with the “original” intro and outro.

The loops are played to a click in order to make this possible. 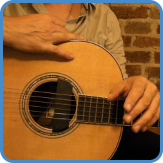 We’ve come to the end of this American Pie dissertation. I’m going to give you a chart in the key of C, without rhythms.

The question is, can you make it work along with me and the singer? 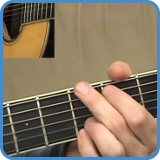 American Pie’s chords can be tricky to remember since the same chords seem to be repeated in lots of different ways.

By hearing each chord as a number you can follow the vocal melody and don’t actually have to memorize the progression. 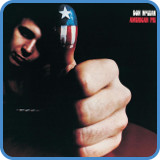