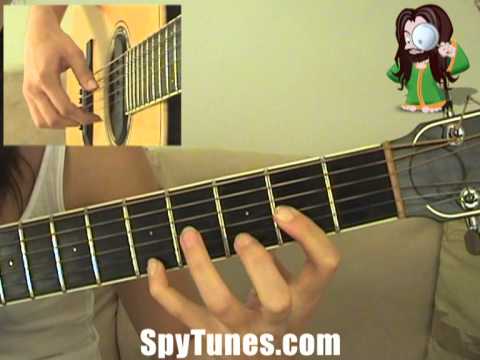 You can learn how to play Arthur’s Theme by Christopher Cross!

Arthur’s Theme (The Best That You Can Do) is a song written by Christopher Cross, whose music was once labelled under the slightly awkwardly named genre of Yacht Rock.

Beneath the huge and very expensive-sounding production of the original recording, hides the simple chord progression idea of moving up a 4th from every chord.

The video lesson contains an electric guitar solo. This was originally played on saxophone. Learning solos played on instruments other than the guitar is a great idea as you’ll learn new ways to phrase.

Another song with an epic saxophone solo that we learn in the electric guitar course is the legendary Respect by Aretha Franklin.

The genius chord progression of Arthur’s Theme takes you from C major to A major using the cycle of 4th.

At this point in the progression, we move outside the key as the cycle of 4th continues to a Bb (chord bVIIx), followed by an E (chord IIIx). Even this last move from Bb to E is a 4th, although it’s a #4th.

This final E chord is now a transitional chord that takes us to A major. Since we have had such a long cycle of 4th it doesn’t feel like we are at home here, on the contrary, the A feels as if it wants to move on up yet another 4th.

When we go back to Dm, the cycle is complete and the verse progression can start again.

That’s one seriously long series of up a 4th movements!

Other songs that use this concept is I Will Survive by Gloria Gaynor, Parisienne Walkways and Still Got The Blues by Gary Moore.

The chorus starts on the IV chord (Lydian) of A major, a Dmaj7. This gives us yet another push, a 4th up, which allows the chorus to really take off.

During the chorus, we also see a III chord which has been modified into a 7sus4. This means the chord is neither major nor minor and the mystery remains of where we are in the key.

As the chorus ends on an A, we are perfectly set up to move back to the II chord of C major again.

Writing a chord progression like the one in Arthur’s Theme requires you to have some serious knowledge about key signatures and modes.

Arthur’s Theme (The Best That You Can Do) – Lyrics

Go to Arthur’s Theme (The Best That You Can Do) – Lyrics.

One of the most important composers of the last century, Burt Bacharach’s songs have been recorded by over 1000 artists.

Unforgettable hits include Close To You, Walk On By, Arthur’s Theme, That’s What Friends Are For, What The World Needs Now, and I Say A Little Prayer.

Christopher Cross wrote Arthur’s Theme (The Best That You Can Do) for the motion picture Arthur which starred Dudley Moore and Liza Minelli.

Managing the almost impossible, the song tells the story of the film in less than four minutes.